So about 2 years ago I started something called Pandora Roulette.  After being in the church from age 26, and out of church now for about 4 years, the one thing I missed was all the music I loved those first 26 years. I was told that secular music was a bad influence and to get rid of it. I was supposed to fear the memories this music would bring back and how it could trigger my past, and how that could be bad.
So far it is only Journey that does that, and that has always been the case, since everything bad that happened in life a Journey song was playing in the background, at least it would feel that way.  Don’t worry I have a few hardcore Journey fans for friends, and they promise an intervention.  Anyway, when we went on the road and climbed in the RV for almost 3 years, I started listening to all my favorite songs and would record me lip syncing random songs to see if I remembered the words and told stories about what memories they brought back. This was a journey (sorry) to figure out my truth and what I loved to do.
Music helped bring me back my life. I was so surprised at what came back to me as I listened.  So bored of lip syncing in my RV bathroom I started looking at the lyrics of the songs and was so surprised at what I learned. The lyrics are at times powerful and thought provoking.  I would turn on different channels, a favorite would be Smashing Pumpkins and read the words…Wow!!   I would then start to write some of the lyrics on paper that spoke to me and challenged myself to use them as examples of what I talk about…. exposing our lies and pulling a 180 on our perspective.  I also thought it would be a way to pay tribute to songs and to the artists that I love.
So play Pandora Roulette at your next get together and lip sync if you are with the right crowd or interpret the lyrics!  You could have fun with that.  I am sure this game exists, but I as I said I am just coming off a 3-year life lessons trip which just means I have been under a rock.
Do one thing different tomorrow that will make you and someone else smile.
Until next time love ya Sweets!

Playing a game of “Pandora Roulette” and wrote what was inspired when I read the lyrics. Random songs I love on the Smashing Pumpkin channel. This one is by the Goo GooDolls.    Love this song! ‪ 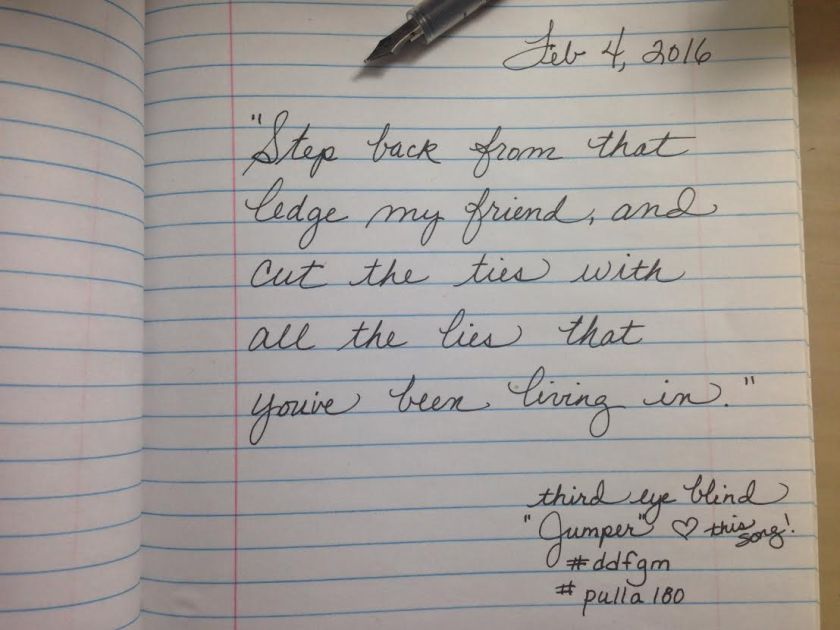 I used to feel like crap if I faced the mirror in the morning looking like this….I hated the way that felt, so I pulled a 180, and now I feel like a Rock Star! What would Joan Jett do? ‪#‎standinguptotheflyingghostmonkeys  #findyourtruth #exposethelies 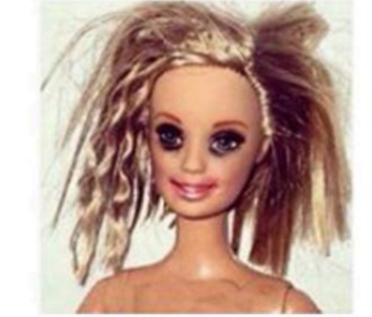 Spoiler alert: I mention a plot detail from the movie.
Recently my family watched The Hateful Eight. After the movie, we were a little ‘shell shocked,’ which is common after one of your movies. But we ALL agreed that as good as this movie was, it would have been improved immensely if John Travolta had shown up in the stagecoach and accidently blown someone’s head off. In case you could see this scene and possibly forget, here it is: https://www.youtube.com/watch?v=LBBni_-tMNs

Jennifer Jason Leigh; I loved your character from the first moment of screen time. You were a woman with a future. It reminded me of the Patriots vs. Giants game after Thanksgiving. The Patriots had gone ahead on a fieldgoal in the final seconds, and on the kickoff return, with a second left in the game, the Giants did not give up. They fought and scrambled, and lateralled, and fumbled on purpose, and recovered and pitched and ran. They accidentally stepped out of bounds with the ball, but they were fighting fighting fighting and did not give up. THAT impressed me like nothing else this football season.
And yes, I know Channing Tatum. I had trouble coming up with that name in the video once I thought about his character’s brains all over Jennifer.

Link to the Patriots vs. GIANTS game 10

Do you ever feel this way? May I suggest some simple syrup, vodka and the promise of kicking ass tomorrow!

It is time you stand up to those Flying Ghost Monkey’s. What are you haunted with a Ghost of Fear, Shame, or Woundedness?  It is time to pull a 180 on those bitches and have them shaking in their boots. 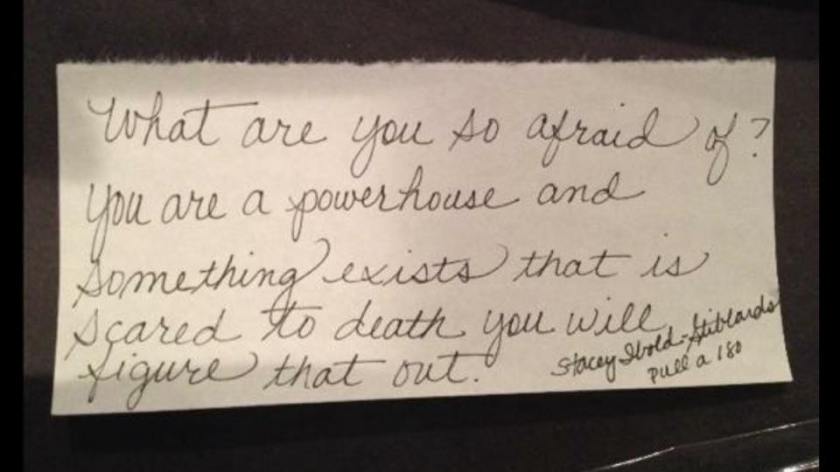 Sometimes I forget how I’m allowed to deal with a new symptom hitting my body. Sometimes I let something ‘sneak in’ and I baby it and coddle it.
Here’s my advice; spend at least as much time telling the symptom to go away as you do researching what it might be. And do the ‘telling’ before the ‘research’.
I feel like I’m fighting for my life here, because I’ve picked a fight with the devil. So all kinds of crap has been thrown my way; most I’ve identified early as an attack and dealt with it. But not all.
Backache three weeks ago: I didn’t remember tweaking my back, but I woke up one morning like I had been hit by a truck. I just took it easy for a few days and coddled it.
Backache yesterday: 20 minutes after I told my husband that my back didn’t hurt anymore and I could move my own chair, that same back pain came back with a vengeance. THIS time, I told it that it had no right, and I didn’t have time to deal with it. I sent it packing, and it was gone in 30 seconds.
Cough: I was doing a video and was about to ask for someone to pray for me, when I started to cough like I’ve never before. While it was throwing all these diseases and outcomes my way, I got mad and called it ‘down’. I immediately stopped coughing, but then I heard, ‘you can’t ask for healing for your lungs when you’ve caused the problems yourself.’
I go through some other recent examples, but the long and short of it is that you have authority, and you have the choice of what symptoms you ‘coddle’ and which you ‘send packing’.

Be warned though; as soon as you have victory with one symptom, they will come at you with something else. In my case, when I had put the cough ‘down’, I immediately heard that it was selfish of me to ask for healing when I had done the damage to myself.

Or they will try to get you to agree to a lesser disease. Something like getting you to say, ‘I can deal with the flu, as long as I don’t have GI issues’. Bam; you got the flu.

God would never say, ‘you made your bed, now you gotta sleep in it’. He has lived through every hurt and pain and disappointment in your life, and saw every decision you made. He knows what happened, and why you did what you did.
If you had the ability to heal your kids, wouldn’t YOU? Do you think you love your kids more than God loves His?

Follow Exposing the Lies of our Demons, Devils & Flying Ghost Monkeys on WordPress.com

Exposing The Lies Of Our Demons, Devils & Flying Ghost Monkeys

Exposing The Lies Of Our Demons, Devils & Flying Ghost Monkeys